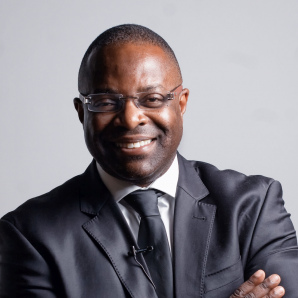 David Weaver is the current and first Black President of the British Association for Counselling and Psychotherapy having previously served as a Governor / Trustee (2012 to 2016) and Vice President (from 2004 to 2009). He has played a key role in BACP’s drive to embed social justice as a core principle / aspect of its work and strongly advocates the relevance of the counselling professions for ‘ordinary diverse people and communities’.

A former social worker, university lecturer, local authority senior manager and political advisor, David currently leads a leadership consulting firm on that works with organisations, senior leaders and communities on issues relating to strategic leadership and change. A key aspect of his current work involves him operating as a leadership advisor, facilitator and coach for senior elected local politicians, local authority chief officers in England and Wales including as a senior associate of the Local Government Association (LGA). His consulting work also extends to NHS Trusts, and he currently participates on the Mental Health Leaders Group and the NHS Race and Health Observatory.

David is an experienced and qualified coach and mediator and leads a small reputable team that focuses on conflict management, consensus building and therapeutic interventions within communities. His work extend extends to private and not-for-profit bodies in the UK and he has also worked in Europe, West Africa and USA. This includes being one of the UK advisors working with the Rev. Jesse Jackson and his organisation, Rainbow Push Coalition.

David is a former political advisor to Home Office ministers including the Deputy Home Secretary and Home Secretary in the late 1990s. A central part of his remit was development of the government’s policies and strategy for working with the third sector, community cohesion and the eventual establishment of the Macpherson Inquiry into the death of Stephen Lawrence. He is a co-founder of the high-profile body, Operation Black Vote (OBV) and has represented the UK Government on the Council of Europe Body - ‘European Monitoring Centre on Racism and Xenophobia’. He is a fellow of the British American Project – a body comprising business, media, community and political leaders on both sides of the Atlantic and sits on the Board of a number of community-based organisations working in the areas of human rights, mental health, community development and counselling in communities. He holds an MSc in Human Resources Management and qualifications relating to coaching, mediation and occupational psychology.

"A breath of fresh air to listen to other Black women speak so openly about their experience. It resonated on so many levels and there was strength in that shared experience"

"Finding my own voice has taken time and being in the presence of such empowering role models, has and will have a positive impact on my personal growth"

"It was an amazing event and so professionally conducted via online. I felt in the room with all of the speakers"

"Thank you to everyone who helped put the event together and for the speakers. It was truly a blessing"

"Thank you for organizing a wonderful conference. Fantastic women doing fantastic work. It was both heart warming and inspiring"

WANT TO SPONSOR OR EXHIBIT?

Be part of Community Trauma Conference UK. Opportunities include event sponsorship and exhibition stands. Get in contact to find out more.

Sign up to our newsletter to be the first to hear when tickets go onsale and receive all the latest news and updates about the Community Tauma Conference.